Did you know: WOT- Wide Open Throttle - the fuel consumption of a turbo-diesel engine in liters per hour is one fifth of its power, that of a gasoline engine is one third of its power.

You often ask us about fuel consumption to be considered for a given boat. If with older engines there might be large differences from one brand to another, now all major engine manufacturers know how to produce good engines, and only the technology causes a real difference in fuel efficiency. Only certain magical advertisements and automakers' software [...] still dare to boast the most spectacular fuel efficiency! But this is another story ...
Below some specific burn rate in liters per hour depending on the technology, at maximum power:

Finally, remember that because of its combustion cylce, the diesel engine retains the same fuel efficiency at part load use (partial power obtained by less fuel), while the petrol engine efficiency drops sharply when reducing throttle (due to lower compression rate related to the reduced amount of intake air). In other words, the consumption of a diesel engine is declining faster than that of a petrol engine when reducing the power (in cruising for example). Also, all fishermen witness it when trowling: with a diesel, burn rate drop quickly at a very low level.

It is for all these reasons that the speed boats and small sport boats are most often powered by petrol engines and that cruise and fishing boats are usually equipped with diesel engine, more expensive but more efficient in consumption and autonomy.

The ABACO are undoubtedly among the best boats of the moment in terms of consumption because their hulls in infusion under vacuum confers lightness and exceptional rigidity. With equal carrying capacity, they are 20% lighter and more than 2 times stiffer. Their consumption will be lower in practice by 20% over a very wide speed range. We can also equip them with low power engines (100 to 150 HP) and exceed 30 knots, or reach more than 45 knots with maximum power (up to 50 knots for the ABACO 800 Racing with a single engine 400 HP which is the result of an excellent redemption).

Effectively in practice, the determining parameters of the consumption of your boat are the speed and mass of your boat. The more you want to go fast and the more you need a powerful engine, or the more you use it to the max. And in both cases the consumption will increase.
On the other hand, the lighter your boat will be and the less power you need to reach a given speed, the lower will be your consumption. This is one of the reasons why the whole OCQUETEAU range is made with IFH sandwich of fiberglass, wood and honeycomb infused under vacuum. This technique allows a weight saving of the order of 20 to 25% on the total mass of the boat and therefore in terms of performance and fuel economy.

Another example: the ABACO 800. Thanks to its IFH hull and its 400 hp single engine engine, this boat offers exceptional performance. Admittedly, at 50 knots you will consume around 130 L / H. But at 35 knots cruising you will consume only 64 L / H which is very little for a boat from 8m to 35 knots that can board 9 passengers. This thanks to the very contained mass of the ABACO 800, which weighs less than 1350 kg without a motor.
We see here the benefit of a high-tech construction offering lightness and robustness. It allows a net gain of performance and consumption while offering a better sea keeping, the least intertie of the hull allowing him to better follow the movement of the waves without rolling, pitching or typing exaggeration. It is not for nothing that all racing boats, both sailing and motor, have adopted vacuum infusion, despite its higher price. The performance / consumption offered by all boats in the OCQUETEAU range will confirm it. Feel free to compare.

You will find information of consumption in each page of our range or bellow some example: 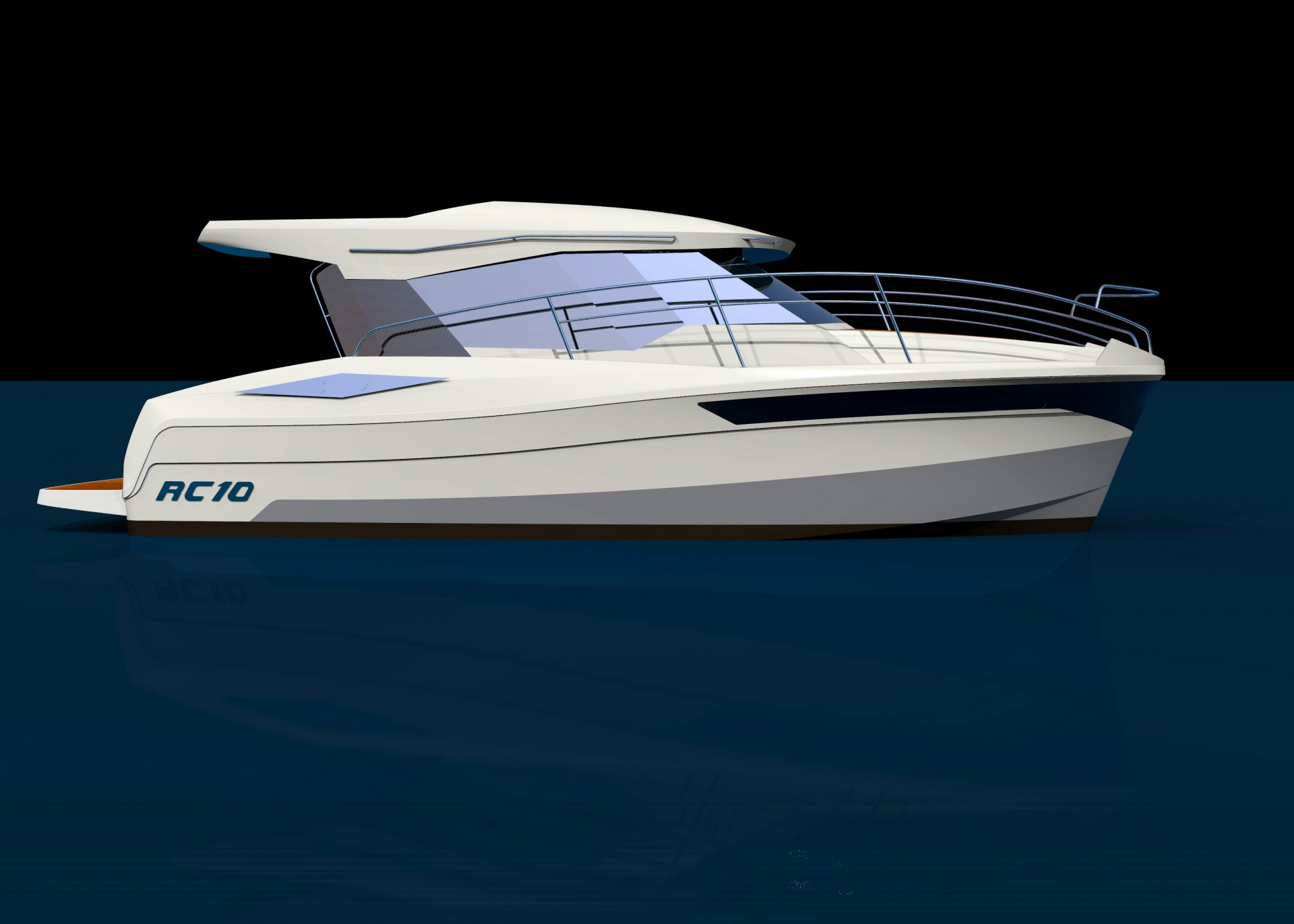 The new RC10 is equiped with twin engine NANNI or YANMAR high yield. 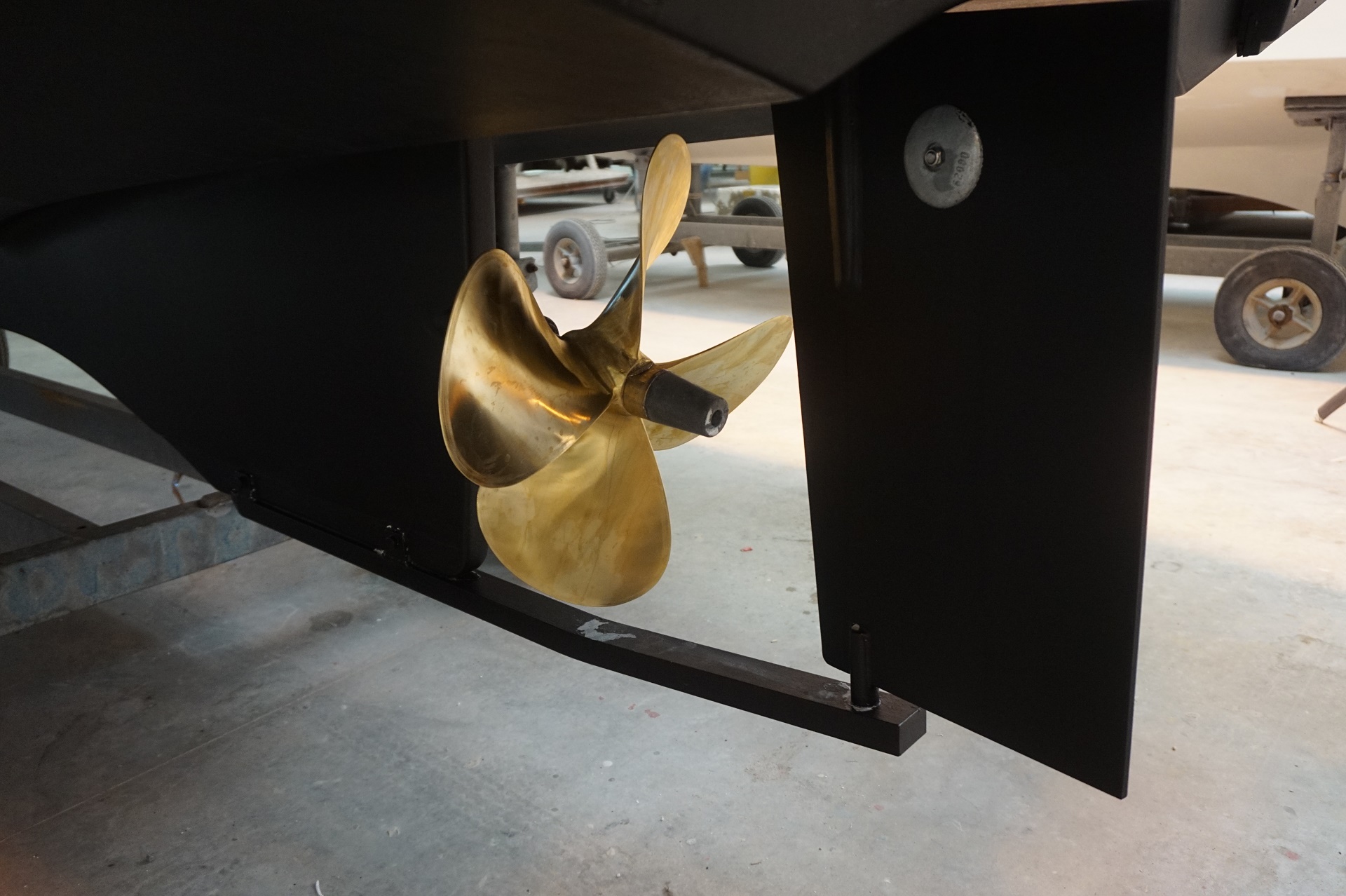